5 questions (and a few follow-ups) every non-expert should ask when determining if new lithium-ion battery technologies offer new hope for our sustainable energy future, or just hype.

With recent advances in chemistry, engineering, and the hard sciences, the next 5-10 years will be the most innovative period for energy storage technologies. We will see batteries that charge faster, run longer, and cost less, while being produced with abundant, recycled, and non-toxic materials. Across the industry, there is a lot to be excited about as battery innovators find new ways to take on our energy crisis, shifting us away from our dependency on fossil fuels and ushering in a new (and necessary) era of sustainability.

But with every boom, there are also busts – technologies that have potential, but will not deliver on that promise. Busts within the industry are inevitable. The work is hard…damn hard, and there is no guarantee or roadmap for success when you’re trying to do what’s never been done. And as overly optimistic founders and CEOs rush to deliver novel solutions to a world (and investors) with insatiable appetites for newer, faster, and better solutions, deciphering between the hope of new viable technology and the hype of another “nice try” is difficult. And with billions of investment dollars and paths to a safer climate future at stake, transparency and clarity are not nice-to-haves. Instead, they are critical.

Clarity comes with an understanding of the data being presented and what it means in real-world terms, beyond the vacuum of a laboratory, which is a controlled setting and not a true representation of how batteries will perform in products. These 5 questions, plus this overview of battery metrics that matter, are great starting points for any non-expert digging deep into battery data.

One caveat before we start: While data is useful, almost no amount of reported data can prove that a technology works especially without a major showstopper. Performance in the market is the only true validation. It’s through this lens of commercializing innovation that we assess the realities and practicalities of new battery technologies.

1. Is this performance data from a commercially viable cell/pack?

We often assume that the battery performance data we receive comes from commercially viable cells, meaning battery cells that deliver the cost, size, safety, and performance requirements needed to meet or beat what’s on the market. Unfortunately, this isn’t always the case.

Batteries are a game of trade-offs (which we’ll get into with the next question.) Any cell or pack technology that is commercially viable has balanced key tradeoffs (cost, safety, performance, etc.), while offering advantages over what’s already on shelves or showroom floors. This is a high bar and the ultimate bar.

If you don’t receive a full-throated affirmative answer, the next step is to obtain a tangible understanding of how far this cell and/or pack is from commercial release.

If the data comparison provided showcases only low-performance (older generation) commercial packs or very different cell or pack sizes, feel free to whip out that side-eye. Older benchmarks or a failure to compare relevant metrics are hints that the data may not be as exciting as claimed.

Whether you receive the answer you were expecting or a surprising reality check, this question should allow you to clearly understand the challenges the team is working through and where the technology stands.

2. Is the performance data all from the same cell and statistically validated?

When it comes to batteries, you can’t have it all.

Want a miraculously fast charge? It may cost you some energy density. Interested in unparalleled cycle life? You may have to adjust the cell or pack form factor. Simply put, if you’re dealing with batteries, you’re going to have to make trade-offs at some point.

To add complexity, some cells can be optimized to achieve great results for a specific parameter, e.g., energy density, fast charge, cycle life, or high temperature performance, etc. So, when you see an abundance of data that showcases highly impressive results for multiple metrics, ask if the data is all from the same cell or at least identical duplicates, and if it’s been statistically validated that these metrics can be reached safely and consistently.

If the answer is “no”, then seek clarity regarding the cells and testing.

Follow-up: What is different about the cells? And what percentage of produced cells were able to achieve these top performance characteristics?

Any difference between the cells or a low percentage of high-performing cells is reason for pause. Further, you will at least have a true view of what is achievable with the technology in question.

It’s also worth noting that the better the battery materials, the more room there is to play with when enhancing performance.

Achieving amazing data across multiple metrics with the same cell is not impossible. Transparency is key to knowing whether it’s time to pop champagne or prepare for further testing and exploration.

3. How does your battery performance compare to today’s best-in-class cells?

While the next few years will yield remarkable advancements in lithium-ion technology, battery innovation has not been static. The trajectory of the large form factor cells has made its way from the Nissan Leaf, Chevrolet Volt, and the BMWi3 - trail blazers nearly a decade ago - to the Chevy Bolt, Porsche Taycan, Ford Mustang Mach-E, and many others today. In parallel, Tesla and Panasonic have continued to elevate the performance metrics of small cylindrical cells from the Roadster to the Model X Plaid.

Any new technology coming onto the scene boasting greater performance than what’s available today should use best-in-class comparisons (metrics from technologies that have set the bar for what the market demands), rather than an industry average or older benchmarks, which could be left up to interpretation.

Further, if the answer received feels generic (or worse, cryptic and buried in technical language), obtain clarity with this direct question.

Follow-up: How would the various performance metrics compare to a Tesla Model X cell, or iPhone 13 (or equivalent) battery?

Review our overview of battery metrics that matter for definitions.

A new solution can’t lead the next wave of technology if it can only beat the performance of materials that exist in the wake. The right comparisons keep us honest, moving forward, and on the right side of hope vs. hype.

4. Can you convert your output to watt hours, preferably GWh?

This seems simple, but it’s not always the case.

There are two sides to commercializing lithium-ion battery material innovation. First, there’s the development of new material with the goal of exceeding the performance of what’s available in the market. Second, there’s the manufacturing of that material at the scale needed to meet commercial demand.

To achieve both important objectives, the material developed must be a robust technology with the ability to be scaled massively and should be engineered for manufacturability from the beginning, taking into consideration commodity precursors and the global supply chain. A successful model is to also start small — begin with the production and commercialization of high-quality material for niche or higher-end products, then gain efficiencies for mass manufacturing. This is similar to what Tesla did by first launching the Roadster before embarking on more mainstream models.

But not every company takes this path.

Because the demand for new battery technology is so great, some companies may produce unscalable material technologies, hoping to adapt the material in the future to make it more commercially relevant as it’s being manufactured. Basically, build the plane while it flies.

This path often leads to output that is described in terms other than watt hours, like number of cells or tons produced for example. This doesn’t give much insight into the scale of the technology itself or the production relevance to large-volume applications, such as phones or EVs.

Asking for a conversion to GWh allows you to quickly determine how many phones, vehicles, or everyday battery cells can be made with the output.

From there, you’ll be able to gauge the viability of the technology and see if the material is truly worth its weight in watt hours.

5. Has the cell been tested or used in a real product?

Modeled data absolutely has its place in the development process and breaking new ground. It can help you fail faster and find viable directions sooner. However, modeled data is not a replacement for seeing how the battery material performs in real cells and packs. Many battery failure modes are specific to cell sizes and cell shapes with watchouts you’re not able to see until tested. Revealing fundamental quality issues and passing even the minimal safety tests requires that properly sized cells and packs are built and tested in large quantities, not just modeled based on the best performing laboratory cells.

The only validation that matters is customer validation, and the only performance results and quality assurance that hold any weight should be those from testing statistically significant numbers of real battery cells.

When the commercialization of innovation is the end goal, the closer we get to testing with the real-world in mind, the better. Anything less than that lands us in the realm of the hypothetical, which opens the door to technological hyperbole (aka hype.)

Batteries are complex, as is the energy crisis that we are all collectively trying to solve. But every challenge is an opportunity. With new advances coming down the pipeline, Sila and other brilliant, innovative companies are laying the foundation for our energy transformation. But more than that, we (and others in the energy community) have an opportunity to rebuild the credibility of our industry and enter the new energy storage era with transparency and integrity. And it begins with leveling the playing field when it comes to understanding the data. 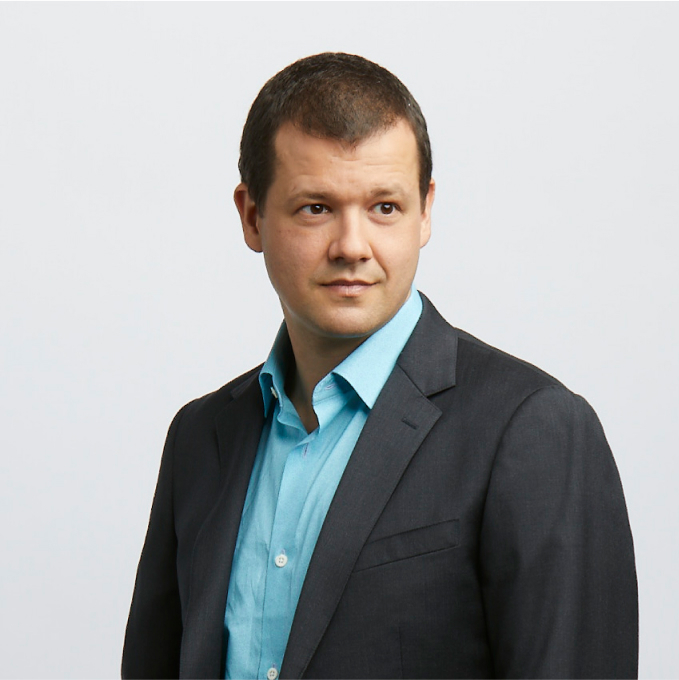